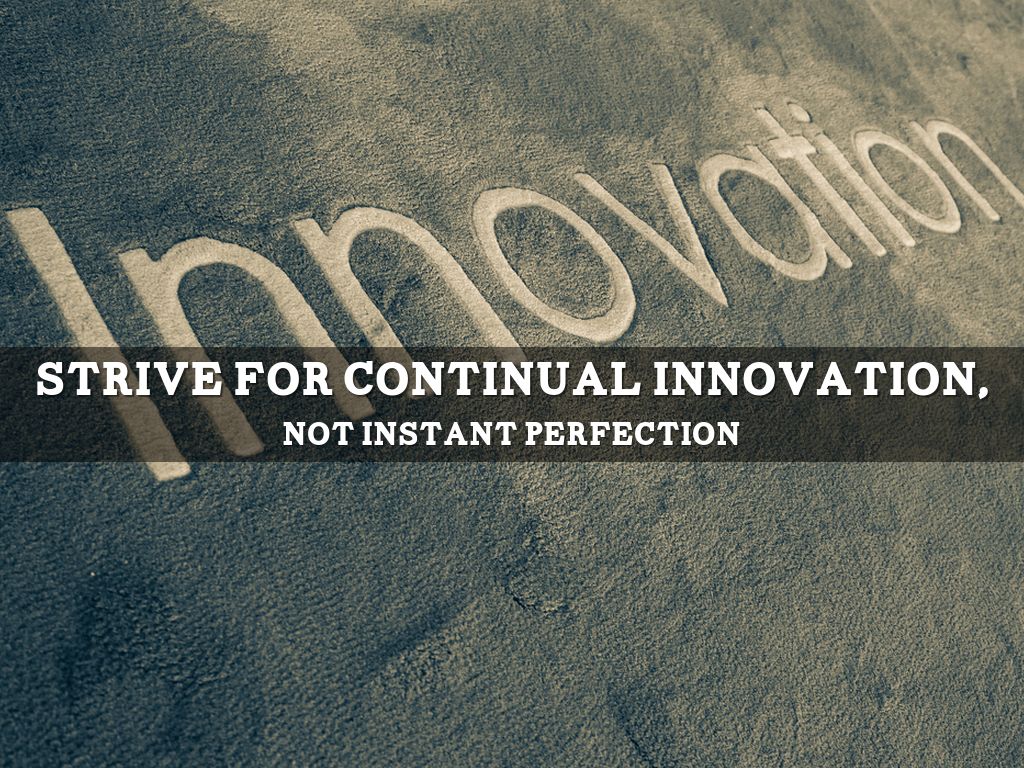 Below is a real story with multiple timely and important messages from one of our area manufacturing leaders who has chosen to remain anonymous.

One of the important messages… Yes, it’s important to be as efficient as possible in how we do things (continual process improvement).  But if we want sustainable success, we also have to continually innovate what we bring to the marketplace.  As in creating new and differentiated products and services that are meaningful to customers.  Because the competitive landscape is a more rapidly evolving place than ever. Check it out.

Today’s lunch learning is more personal.  A few months ago, I got news that a plant I once managed (20+ years ago), a super plant it was called in its day, a model for operations around the globe was closing and it was moving to Mexico.  It reminded me in the days of super competition in electronics where our plant was competing, not just for business for its overall corporate needs, but our individual plant was competing too within the organization and globally.  The livelihood of our people had to do also with its competitiveness within the organization.  I used to say, we want to have the best bike!  The bike everyone wants to have.  When customers come to the US and are going to visit a plant, and there are 10 of them, we want ours to be the one chosen.  We needed the best, the most enthusiastic people.  The best the most cutting edge and performing assembly lines.  Not just that perform, but that were “marketable.”  We needed to provide for the community in a visible way too.  And we did!  And we were very successful.  We were on all the college tours, excellence tours and even written about in top improvement books having to do with World Class Manufacturing.

Now after 20 years, its going to be gone, and the people there were told that there aren’t jobs for them at other plants.  The best performing plant in the past, no longer a star.  Its not to be looked at as a model of what to do and how to do it, but maybe what not to do.  The employees once leading the culture change, now gobbled up by another.  What is the lesson?  Hard to say and its likely many contributors, but maybe, it got complacent.  Maybe in its glory it lost sight.  I know, some of you might feel how can you compete south of the boarder, I know we can as we did successfully for some time.  Maybe it forgot it was competing.

I learned early about competition starting my career in Boston.  Simplifying, we were told once to embrace in-process manufacturing and eliminate departments.  I remember being a bit on the side lines and very observant noting that the company gave corporate every excuse why we couldn’t do what they wanted.  We didn’t know another plant, not as experienced, was given the same directive.  They were successful, we weren’t.  One day I came in, every manager and most senior level types we gone.  Of course, then all the support types reported that they could do as desired, but the wheels of motion were already in play.  It was the start of my career and success, I think because I learned from this.  I never forgot that experience.  It was a scary hard truth.  I literately let hundreds of people go as the plant closed and moved.  The hollow look in their eyes would later be a motivator to me to prevent similar.  I still have contact with those very first employees too, how lucky a guy!

I think about how many great companies we remember and who would ever think that they could collapse, vanish….They were the best of the best!  Weren’t they?  I think this helps to point to the need to be constantly innovative.  To be humble and competitive in all times.  To use innovation and break paradigms.  History is knowledge, if we choose to pay attention.  At least, that is what I think!  Remember these folks next time one thinks they are too big to fall.  I point to business, but we can also point to people.